Normally all big android phones have great specs now, The same deal goes with the new Samsung Galaxy Note 10 Plus? Samsung will tell you that there are a bunch of things, but there’s just one thing, The S Pen, the beautiful style. The Samsung Note starts at eleven hundred dollars, which is hundreds of dollars more than comparable phones, even phones that Samsung makes.

So, you have to ask yourself, how badly do you want this stylus?

Before we get too far into this review, I know that the Note is about more than just having a stylus and S pen. Is there something you want in a smartphone? Because, this phone has it, a Massive screen, topflight specs, all-day battery, good cameras, DeX, beautiful looks, a depth sensor for AR. Except for the fact that it’s missing a headphone jack, this is the everything phone.

Samsung has given a choice of sizes, the larger note 10 Plus and smaller, regular Samsung Note 10. It’s not that much bigger than a Galaxy S 10 and I bet most people wouldn’t miss the extra RAM and battery life that you get on the big Note 10. Though, the Samsung Note 10 Plus is the true note. It’s about the same size as last year’s Note 9 and that size, is big. It has a 6.8 inch HD plus AMOLED screen and it is beautiful. The notes display might not have high refresh rate that you can get on the one Plus 7 Pro but that’s the only thing that’s missing from it.

It’s bright and color-accurate, and it goes all the way to the edge of the phone, it looks like the future in the way that most phones do not. The screen will spoil you, It’s also the true note because it’s the one with the best specs. But again, beefy specs don’t set the Note apart anymore, Not the way they used to. So, let’s talk about the stylus. 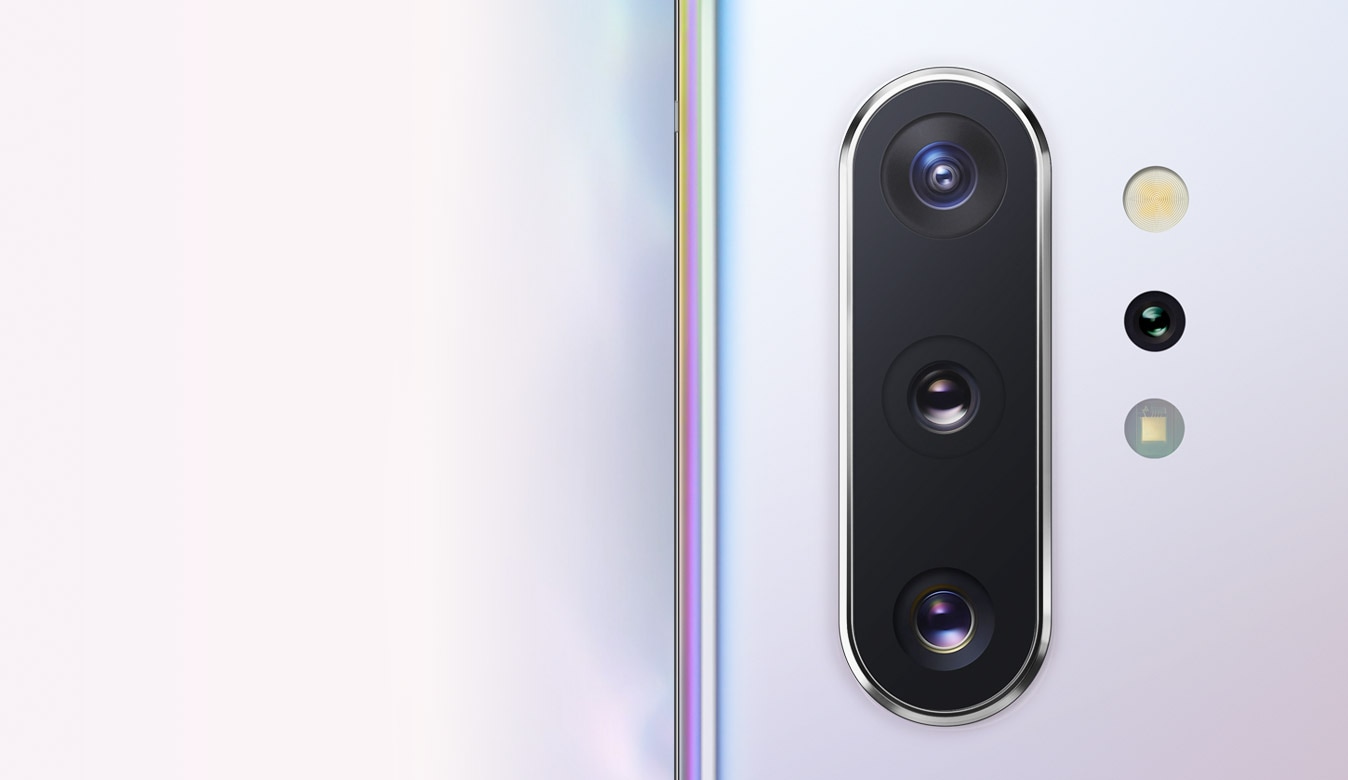 Samsung added a gyroscope and an accelerometer to it so you can wave it around to control the camera and, maybe other apps eventually. What you do is you hold the button down, and then you make gestures. And then, the camera does stuff, like zoom in, or switch modes, or take a photo. 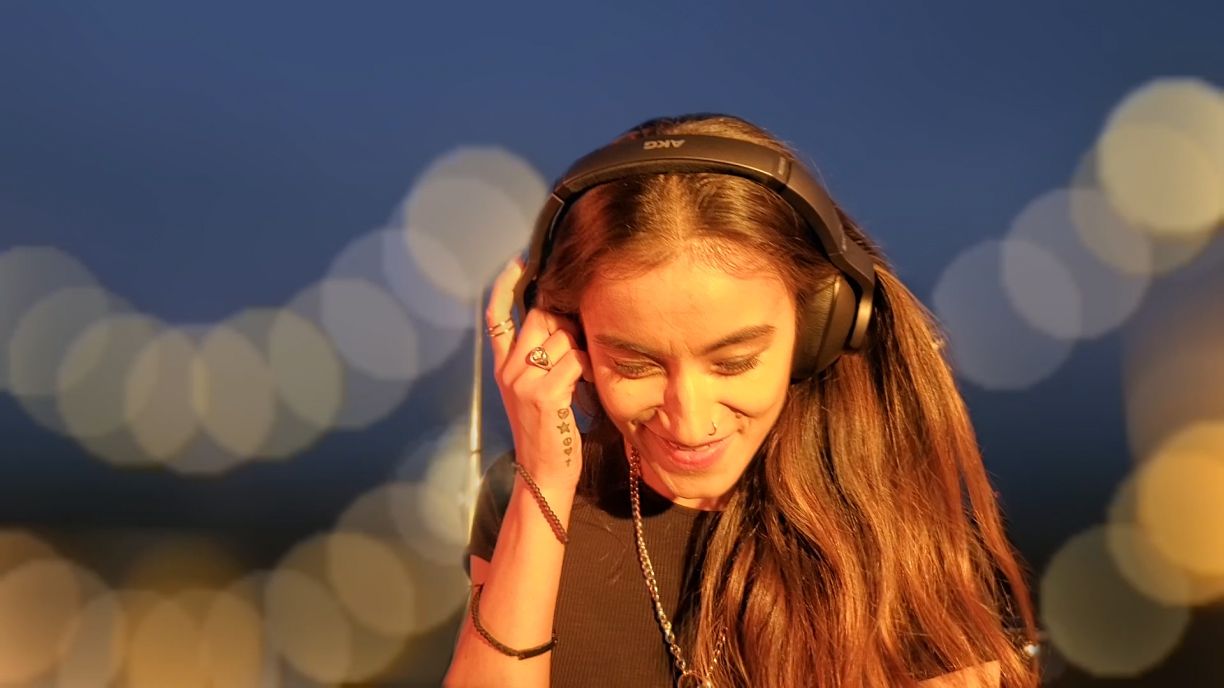 The other thing that’s pretty gimmicky, but it’s stupid fun, are AR doodles. So, in the first mode, you can draw in people’s faces, and the mustaches, and beards, and horns or whatever. Stay pinned to their faces when you or they move around, and it works pretty well. 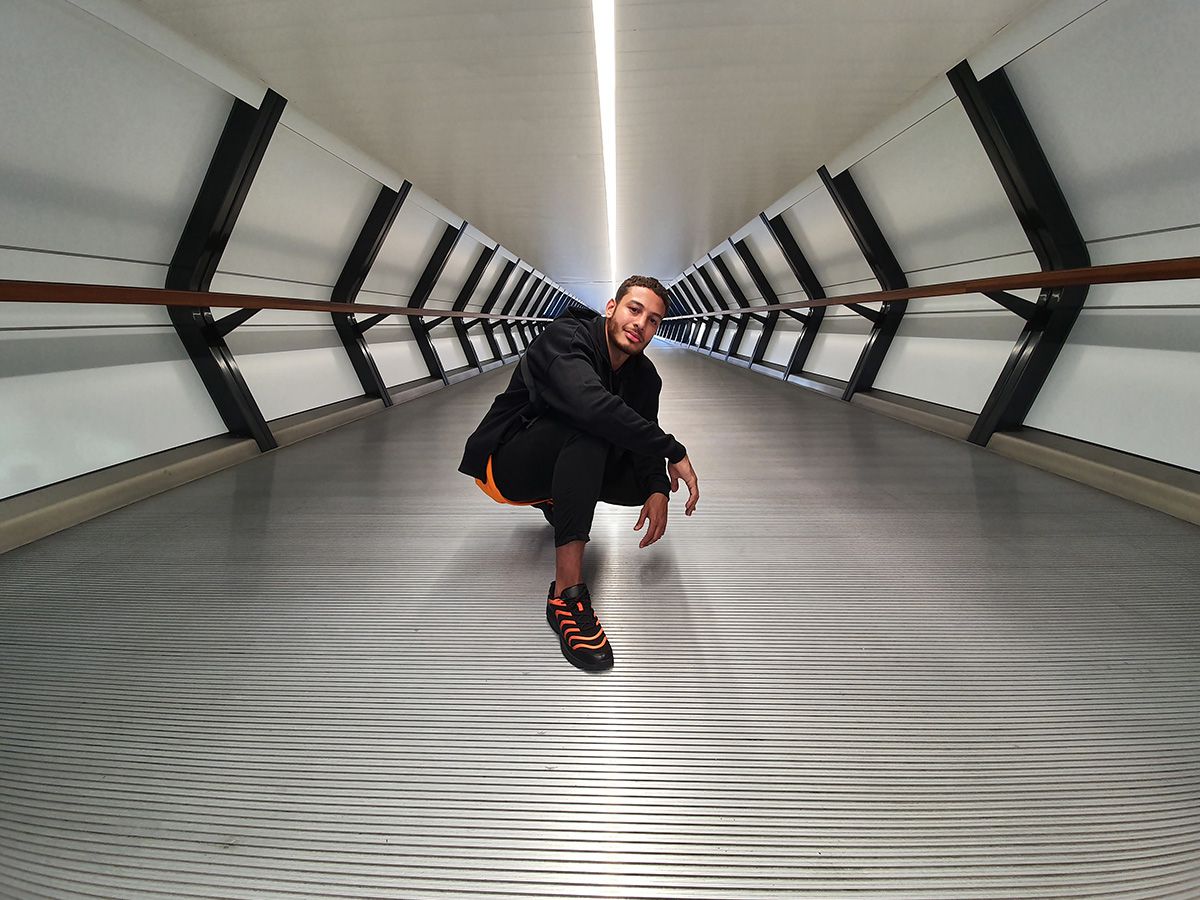 But the one I enjoy is doing it in the everywhere mode. It lets you draw shapes in, like, arbitrary space and they stay pinned to where you were drawing them pretty well.

It’s not as good as tilt brush but, it’s way better than I expected. Now, I enjoyed both of these things quite a lot but, if anybody uses this more than three times, I would be completely shocked. Now, the real upgrade for the stylus is actually in the software on the phone itself, in Samsung notes. You can quickly take a note without turning the phone on just like before, but now those handwritten notes are searchable and you can extract the text out of them via OCR. There are a million other things that this stylus does, It can magnify stuff on the screen, It can make an app into a weird little picture and picture box that you can hover over. It is also the best screenshot drawing thing that you can get out of a phone. At this point, you’re either giddy with excitement over this little stick or you’re shrugging. Here are the only important reasons to spend hundreds of dollars more for the Note 10 Plus over the Galaxy S 10 Plus.

There are a bunch of other things that the Note can do and I’m going to get into all of them. But before that, I have to admit, there’s one other thing about the Note 10 Plus that I like besides the stylus. It’s just nice, It’s like a luxury object Like a Rolex, or, or an Eames chair.

You’re paying more for the brand name, and just for how well-made this object is. I mean, Samsung has poured everything that it has learned about making hardware into the Note 10 Plus. The glass, you know, curves and melts into the middle rail. The screen goes fully edge to edge and the fingerprint sensor is underneath the screen.

The stylus is unibody now and how Samsung even made the porch line up, Just as a physical object, there is no more beautiful, or well-made phone.

And, if you care about having the nicest thing, this is it, go ahead and buy the Samsung Galaxy Note 10 Plus.

The cameras are essentially unchanged from the Galaxy S 10, which means that they’re really good.

Now, this is the part where you expect me to say that Pixel 3 is slightly better, and well, it is, or it isn’t. Decide yourself by seeing the picture. In challenging or low-light situations or if you start pixel-peeping, yes, the Pixel 3 is better but, Note 10 has a telephoto and an ultra-white lens. And the camera app launches faster so as a whole package, I enjoy using this more, at least in a good light.

The Note 10 Plus also is probably the very best Android phone for taking video, but it doesn’t mean that it holds up to an iPhone 10S. Samsung has added a few new features to make the video better.

The first is the live focus, which blurs the background in video and it’s bad, they’ve also slightly improved video stabilization. I like the other thing they put in which is the Bare Bones video editor.

It’s not bad, it’s almost what I wish iMovie was on the iPhone and, using a stylus to edit video on a phone, is way easier than using your big, fat fingers. The last thing is a zoom mic option which tries to make the audio from the thing that you’re zoomed in on louder than the audio that’s near the phone and it works, sort of.

Samsung Galaxy Note 10 Plus have several new features. For this review, what you should know is that it could be useful in a pinch, but it’s not a reason to buy this phone. Samsung has gotten better at software with One UI and I don’t hate it anymore but, you do have to learn a bunch of Samsung ways of doing things and have to deal with choosing between Samsung apps or Google apps, or now, Microsoft apps. For experts, it’s manageable, But for everybody else, it’s a real hassle.

And of course, Samsung takes way too long to get the full version upgrades of android pushed out its devices. It’s doing security updates faster now, and One UI does so much that you might not be sad about not getting Android Q right away but, it’s still annoying.

There’s so much stuff in the Note 10 Plus that it’s dizzying and Samsung software just barely manages to contain it all and keep it comprehensible. It does have everything, except the headphone jack. And, I like some of it and I also hate some of it but none of it is the reason to either buy or skip this phone.

The Note 10 Plus is a smartphone that goes to eleven hundred dollars, But again, there are android phones, and even Samsung phones, that cost hundreds of dollars less and get you nearly all the way there. The One Plus 7 Pro is still amazing, and Pixel 4 is only a couple of months away, Plus, the Galaxy S 10 Plus is not all that different from this thing. Some people just want the nicest thing and, this, very clearly, is the very nicest android phone by far. I love how luxurious the hardware is, look at the color.

But, I can’t say it’s a great reason to buy this phone so it comes down to this little thing, The S pen. The thing is, though, unless you want a stylus, I don’t think it’s worth spending the extra money for the Note 10 Plus.

Transfer Files Between macOS Catalina and Windows on VirtualBox

Get your tools for work and study from home under $10! Keysworlds Software Promotion Month